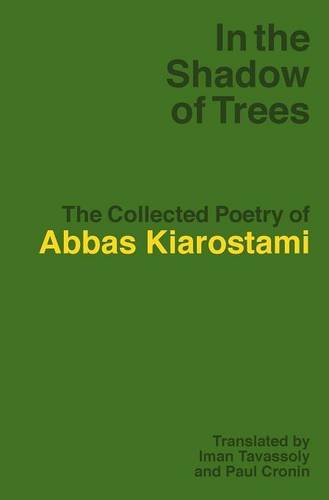 Between 2006 and 2011, Iranian film director Abbas Kiarostami released his selections from and adaptations of four masters of Persian poetry: Nima (1895-1960), Hafez, Saadi and Rumi (all from the thirteenth and fourteenth centuries). In 2015, shortly before his death, Kiarostami published two further volumes, the thematic anthology Night, his selections from a variety of classical and contemporary poets. These books are in addition to his three volumes of original verse: A Wolf on Watch (2005), With the Wind (2006) and Wind and Leaf (2011). In the Shadow of Trees brings together English translations of all these books.

In the Shadow of Trees: The Collected Poetry of Abbas Kiarostami (Mass Market Paperback)