IRRFAN KHAN: THE MAN, THE DREAMER, THE STAR 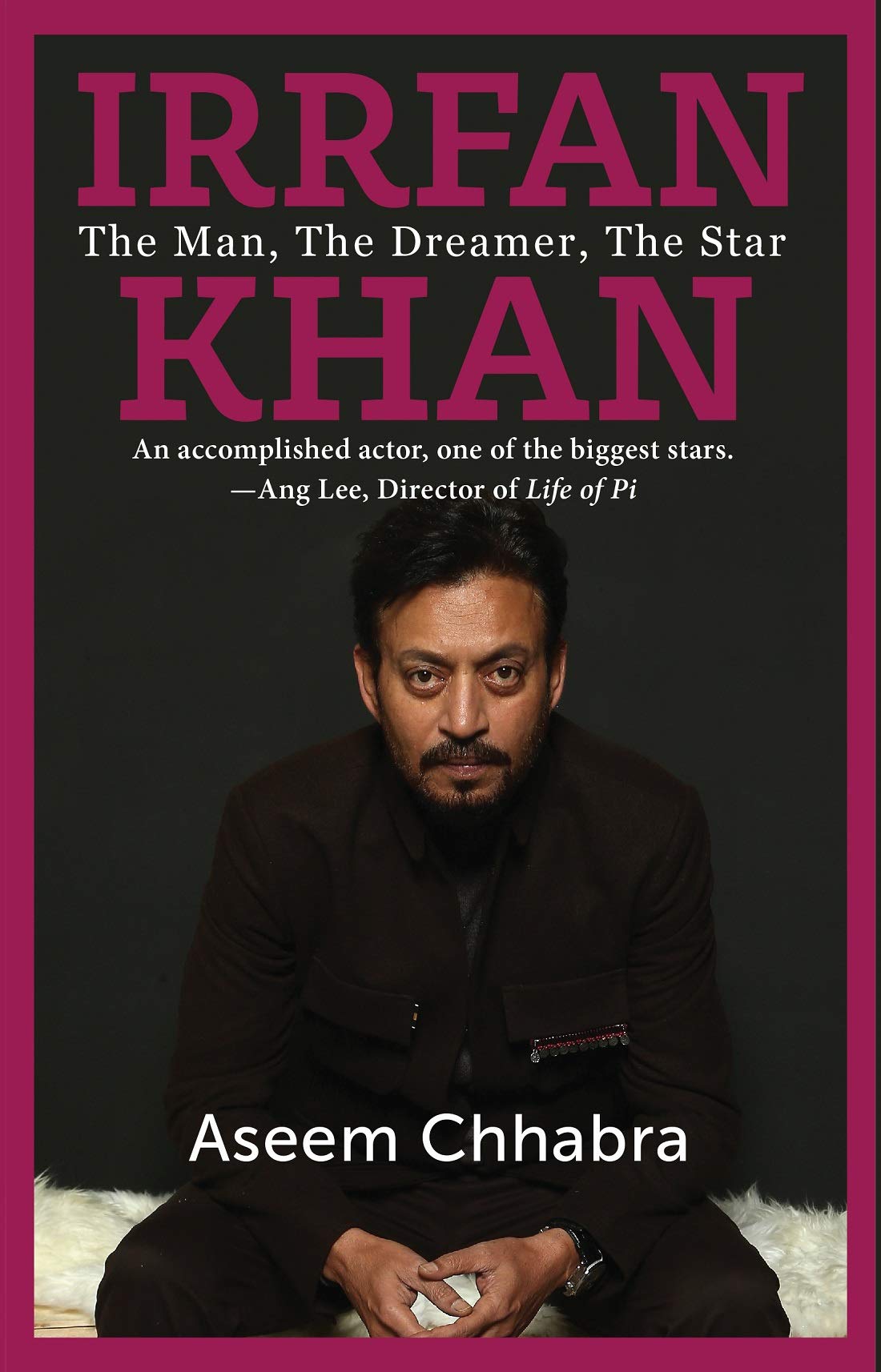 An actor whose eyes narrate a sea of stories. Irrfan Khan is a gentle dreamer with arresting eyes, a towering presence and an illustrious filmography. Most of us know the man only through the characters that he has played: Roohdaar in Haider, Maqbool in the eponymous film, Rana in Piku, Saajan in The Lunchbox, and of course, Ashoke in The Namesake. Today, these characters have made him a recognized name around the world. Irrfan Khan is an intimate and meticulously researched account of this refreshingly unique and unconventional Indian icon. Drawn from personal interviews and told through many voices, Aseem Chhabra traces Irrfan’s personal and artistic life in all its many shades. Rich in detail and peppered with anecdotes, it is a fascinating look at the life and work of the actor that begins in a small household in Rajasthan and culminates in his face gazing down from billboards in Hollywood. It explores some of his greatest performances that have shown India and the world what cinema can do. At the heart of this story, however, is a man, possibly the finest actor of his generation, his passion for the craft of acting and his love for unusual characters.

Q.Tell us a bit about yourself.

A.I am a freelance writer/ journalist. My work mostly focuses on films, exploring Indian and international cinema. I have authored three books – biographies of Shashi Kapoor, Priyanka Chopra and now, Irrfan Khan. I also regularly write columns, cover film festivals and interview film personalities – Indian and others. A large part of my work involves examining Indian films and popular culture from the perspective of a person of Indian origin, but living in the US.

I have been involved in programming film festivals for more than a decade. Right now I am the festival director of the New York Indian Film Festival, the oldest Indian film event in all of North America.

I went to the US in 1981 to study journalism at Columbia University. I later did an MBA from Boston University. I have mostly lived in New York for three and a half decades, but with regular visits to India.

Q.Tell us a little about the book, Irrfan Khan: The Man, The Dreamer, The Star.

A. After writing about Shashi Kapoor and Priyanka Chopra, I was looking for another interesting actor’s life to explore. Among other things, what attracted me to those two actors was that while working in India, they also had parallel careers in the West. Like Shashi and Priyanka, Irrfan has also acted in films in the US. So in a way, these three books have become a trilogy in my mind – the lives of three Indian actors who have straddled between India and the West.

I have been a big fan of Irrfan Khan since I saw him in his early films – Haasil, Maqbool, The Warrior and his other key Indian films, The Namesake, The Lunchbox, Piku and Talvar. So, the book celebrates Irrfan Khan through his work while also tracking his personal life and his passions whether for acting or flying kites.

Q . You have chosen to write on an unconventional star. What are some of the challenges you faced while writing it?

A. The biggest challenge was that I started working on the book around the time Irrfan had shifted to London to get medical treatment for neuroendocrine tumour. While I was in touch with him in 2018 and he knew I was working on this book, I was not able to interview him. But it helped that many directors, actors and friends of Irrfan were willing to talk me.

Q . Please tell us about your first interaction with Irrfan.

A. I write about my first interaction with Irrfan in the book. In the fall of 2006, I was in Queens, New York, walking to the subway station near my home. My phone rang and I realized it was a call from India. When I took the call, the person at the other end asked, ‘Hello, is that Aseem Chhabra?’ I responded it was and he then added: ‘Sir, main Irrfan Khan bol raha hoon, Mumbai se (Sir, I am Irrfan Khan calling from Mumbai).’

Yes, I was standing on a street corner, with cars and buses passing by and Irrfan Khan was on the phone with me. He had read a profile I had written on Mira Nair in which I mentioned I had seen The Namesake. Earlier in September, I had attended the world premiere of the film at the Telluride Film Festival. Irrfan was in India and he had yet to see the film. And so he wanted to hear from me what I thought of the film. I told him that I loved it and his performance had made me cry.

The first time I met Irrfan face-to-face was when he came to New York the next year to promote A Mighty Heart.

Irrfan is going through a tough phase. How did it affect you as a person as well as the writing of the book?

It was difficult. I spoke to Irrfan in the summer of 2018 while he was getting treatment in London. I was happy that his voice was strong. But he told me was not in the right space to give me an interview.

Since then I have tried to keep track of his illness, though often I could not get clear news. It was emotionally tough for me also since I would spend time watching his older films and reading about him. He was energetic and absolutely fine in those films. But then, all the while I was also aware that Irrfan was still not hundred percent okay.

But I wanted to share Irrfan’s story with his fans and so I continued writing. My book is a tribute to one of India’s finest actors and a solid human being. He came from a very humble background, and after years of struggle, he finally became a star in India and in the US. That thought kept me going.

Please provide one excerpt from the book.

Naseeruddin Shah remembers some special scenes with Irrfan. Maqbool is responsible for Kaka’s (Piyush Mishra playing the Banquo character) death. When Kaka’s body is brought into the courtyard, his body is uncovered, and Maqbool imagines that his eyes are open. He is startled as if he has seen a ghost.

‘In reaction to that, the way Irrfan fell over backwards, I tried to stop his fall,’ Naseer recalls.