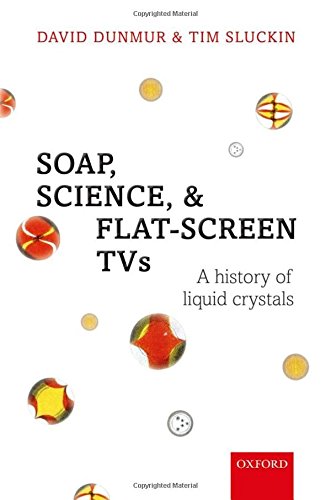 The terms ‘liquid crystal’ or ‘liquid crystal display’ (LCD) are well-known in the context of flat-screen televisions, but the properties and history of liquid crystals are little understood. This book tells the story of liquid crystals, from their controversial discovery at the end of the nineteenth century, to their eventual acceptance as another state of matter to rank alongside gases, liquids and solids. As their story unfolds, the scientists involved and their works are put into illuminating broader socio-political contexts. In recent years, liquid crystals have had a major impact on the display industry, culminating in the now widely available flat-screen televisions; this development is described in detail over three chapters, and the basic science behind it is explained in simple terms accessible to a general reader. New applications of liquid crystals in materials, bio-systems, medicine and technology are also explained.

The authors’ approach to the subject defines a new genre of popular science books. The historical background to the scientific discoveries is given in detail, and the personal communications between the scientists involved are explored. The book tells the story of liquid crystals, but it also shows that scientific discovery and exploitation relies on human interactions, and the social and political environments in which they work.