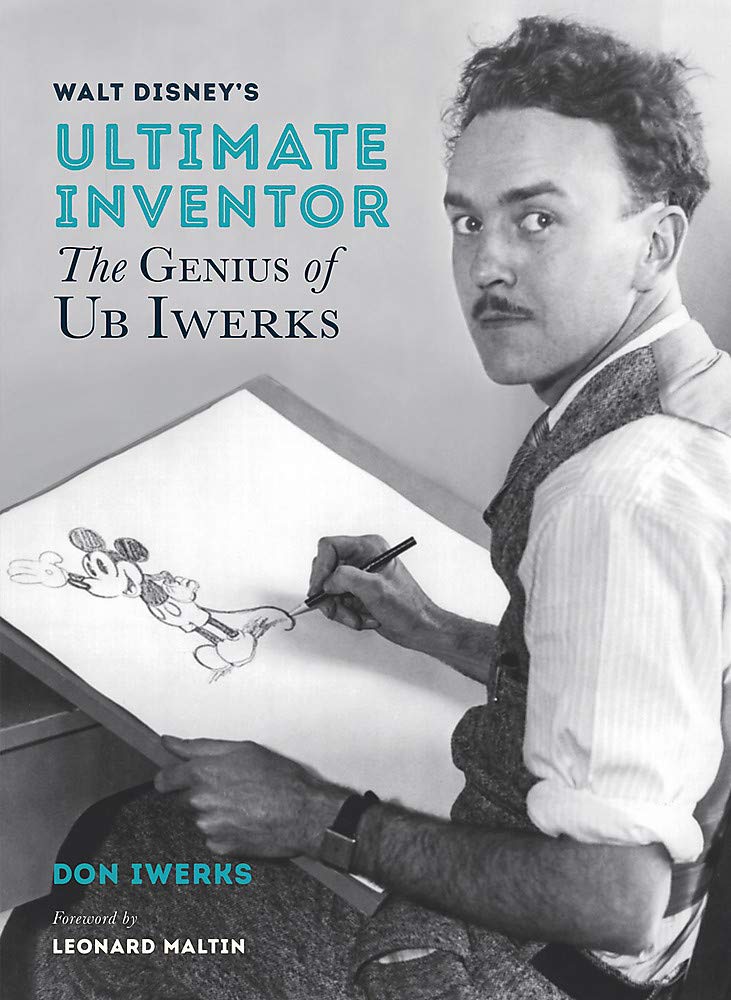 Disney Legend Ub Iwerks is most-often remembered as theanimator who worked directly with Walt Disney and first animated Mickey Mouseand Minnie Mouse, but as this new deluxe volume by Ub’s son Disney Legend DonIwerks reveals, he was so much more. . . . he was Walt’s ultimate inventor!

Gorgeous never-before-published photographs and fascinatingpersonal memories celebrate the half-a-century career of Ub, a self-taughtanimator who became an exceptional draftsman, prolific innovator, andall-around technical genius who directly collaborated with Walt to create someof the most loved moments throughout film and theme parks.

Even before the creation of Mickey, Walt established areputation as a technical leader in Hollywood and frequently relied on thecounsel, expertise, ingenuity, and creativity of a kindred spirit, lifelongfriend, and fellow virtuoso: Ub Iwerks. Up till now, Ub and his many technicalinventions and techniques have been largely unknown by the general public. Hisillustrious career consisted of dozens of innovative contributions, large andsmall, to both animated and live-action motion pictures, as well as the fieldsof optics, film processes, and special effects. He was also the major force behindthe design of special cameras, projectors, electronics, and audio for themepark projects, and much more.

The high standard set by Walt and Ub continues to inspireartists and technicians within The Walt Disney Company as they explore newavenues of quality entertainment. Here is a one-of-a-kind appreciation to anextraordinary man and an outstanding career, a record of his many inventionsand accomplishments, and a tribute from a grateful son to his remarkablefather.

Searching for that perfect gift for the Disney theme parkfan in your life? Explore more archival-quality books from Disney Editions:

• Holiday Magic at the Disney Parks

• The Disney Monorail: Imagineering a Highway in the Sky

• One Day at Disney: Meet the People Who Make the MagicAcross the Globe

• Marc Davis in His Own Words: Imagineering the DisneyTheme Parks

• Eat Like Walt: The Wonderful World of Disney Food

• Maps of the Disney Parks: Charting 60 Years fromCalifornia to Shanghai

• Poster Art of the Disney Parks